Alcohol and drug related crashes are the leading cause of death for young Americans. On average drunk drivers kill victims every 40 minutes in the United States. It is estimated that for each drunk driver that is arrested by the police he or she has driven impaired at least 80 times. To increase the risk of being arrested all the law enforcement agencies in Eagle County formed the Gore Range DUI Taskforce. The taskforce is deployed at random times to saturate various locations of the county with highly trained DUI officers. The taskforce takes a zero-tolerance approach to DUI enforcement for the ultimate goal of reducing alcohol related crashes. 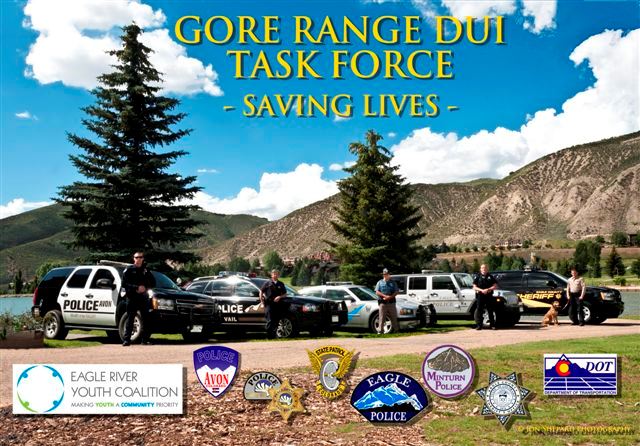